Rise of the Tomb Raider Save Location

Rise of the Tomb Raider sets itself in the action-adventure game market, where players take on control of the character Lara Croft from a third-person perspective. Set in Siberia, Lara is on a mission to find the city of Kitezh, whilst defeating enemies, overcoming environmental obstacles and gaining skill points along the way.

First released on the 10th November 2015 the game has since sold over 7 million copies, which when combined with the sales of the other editions in the Tomb Raider Series, amounts to sales of over 45 million copies. It was developed by Crystal Dynamics and is available to play on Xbox 360, Xbox One, Microsoft Windows, PlayStation 4, macOS, Linux and Stadia.

Rise of the Tomb Raider has won a number of awards including the ‘Outstanding Achievement in Character’ at the Academy of Interactive Arts & Sciences in 2016, as well as the ‘Best Female Lead Vocal Performance in a Video Game’ at the 2016 Behind the Voice Actors Awards.

Rise of the Tomb Raider Save Location

The location of your Rise of the Tomb Raider game saves varies based on two things: the operating system you're playing the game on, and the platform you're using to play the game (Steam or Microsoft Store).

If you're playing ROTTR on Steam, your save game files can be found at the following path:

If you don't know what the heck to do with the above path, don't stress, we've got you covered! Below we've provided detailed additional help.

First, go to your Steam library folder. If you don't know where that is, the default location is as follows:

If none of those exist, see this guide to locate your Steam library folder and then return.

Once in your Steam library folder, go into the userdata folder (below image is for Windows, but Mac/Linux will have the same folder): 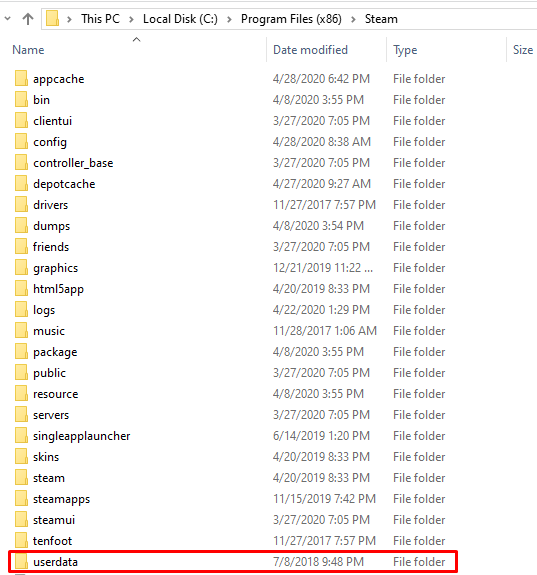 If you're playing Rise of the Tomb Raider via the Microsoft Store, your game saves can be found by:

Pressing WINDOWS + R on your keyboard to open a Run window. Then, paste the following into the text field and hit OK:

Inside the File Explorer window that popped up, you will find a folder containing the text RiseoftheTombRaider somewhere in the name, for example 39C668CD.RiseoftheTombRaider_r7bfsmp40f67j. Go into this folder.

From within that folder, all you need to do is go into the SystemAppData folder, and then finally the wgs folder.