Where Are Astroneer Game Save Files Located?

Astroneer is a survival exploration adventure game set in outer space, where players navigate through the solar system whilst making new discoveries and inhabiting planets. Along the way, they must survive the dangerous environments that the space environment brings and can work with other players in multiplayer mode to build equipment such as vehicles and bases to aid them on their journey.

Following its release on 16th December 2016, the game has received mixed reviews with a rating of 9/10 on steam and just 71% on Metacritic. Whilst players are enthusiastic about its visuals and multi-player gameplay, some have been critical of the game’s optimisation and buggy menu system.

Astroneer was developed by System Era Softworks ad published by Gearbox publishing, also known for games such as Borderlands and Battleborn. The game is run on Unreal Engine and is available to play on PlayStation 4, Xbox One and Microsoft Windows.

The Save Location for Astroneer varies based on the platform you're using to play the game: Steam or Microsoft Store. See help specific to your setup below.

If you're playing Astroneer on Steam, you can find your save game files at this path:

To access that path, just paste it into the address bar in File Explorer:

To access your saves from the Microsoft store version of the game it's a little bit trickier than on Steam, but still relatively easy. You can find them at this path:

If that isn't very helpful, just follow these steps:

Open up your Local AppData folder by pressing WINDOWS + R, pasting %LocalAppData% into the text field, and hitting OK: 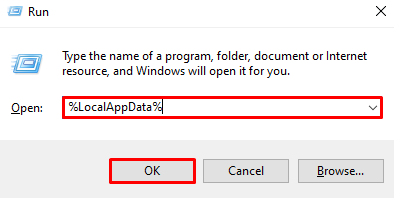 Once inside your Local AppData folder, go into the Packages folder.

Then, from within the Packages folder, go into a folder that has a name starting with SystemEraSoftworks followed by random letters and numbers.

Go into the wgs folder, and then into a folder that has a long name of random letters and numbers.

Finally, go into the other folder that has a name which is random letters and numbers and you'll finally be in your save files folder!